HyannisHoliday: Share Travel Tips And Hotels > Blog > Top 10 Best Things To Do In Boston 2022 (Must Try By Locals)
BlogPlacesTravel TipsTrips

Boston is a city bursting at the seams with art, culture, and history, making it a top destination for those seeking a truly memorable trip. In addition to being one of the oldest and most historically significant places in the United States, the area is also home to a wide variety of exciting activities, from rock climbing to helicopter tours. It was there that Paul Revere set out on his famous ride that would spark the American Revolution. Boston is the starting point for any study of American history or biography.

Do you have any plans to visit Boston? Do you wish you had some advice and insider tips for your trip? Allow us to fill in where your regular manual would be. Some of the top things to do in Boston (Massachusetts) are listed below.

The Freedom Trail is the best place to visit while exploring Boston for the first time. You’ll pass by the Bunker Hill Monument, the USS Constitution, and the site of the Boston Massacre from 1770, among many other historical sites, on your way to the Paul Revere House. The Freedom Trail is a little over two miles long and follows a succession of brick walkways across the city of Boston.

Aside from the well-known landmarks, you’ll also see a variety of lesser-known establishments like shops, museums, churches, cemeteries, and old meeting halls. If you get the urge to stop for a cup of coffee at a local café or pose for a commemorative photo with a statue along the way, you need not worry about losing your way; the bricks will always direct you back to the trail.

The Freedom Trail is a great starting point for things to do in Boston. It’s fun and educational, and it’ll get you into some of the city’s most visited neighborhoods, where you can do more sightseeing. 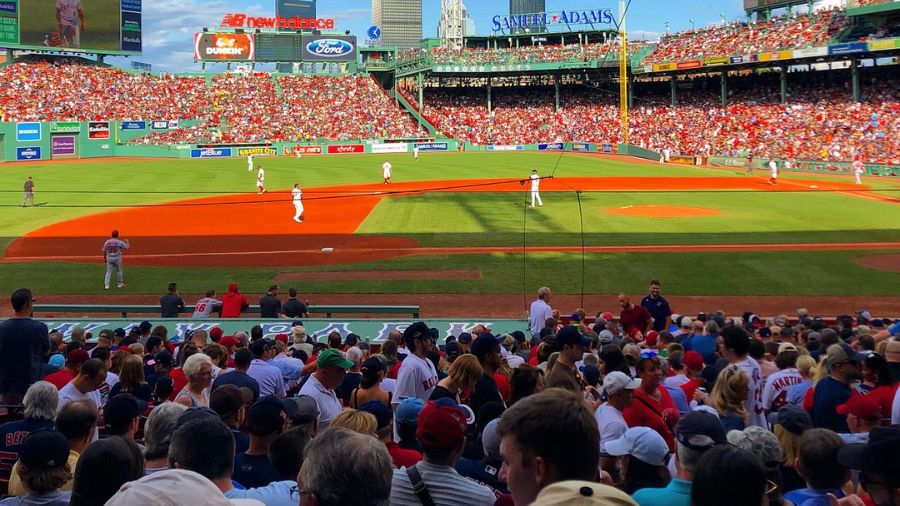 Fenway Park is one of the oldest baseball stadiums in the United States. As such, it has been meticulously conserved as an athletic landmark, giving it an air of timeless elegance that harkens back to the glory days of baseball in the United States. To give you an example, did you know that Fenway Park has never been enlarged? Its capacity remains unchanged from its opening in 1912, so fans can get a great up-close and personal view of their favorite pitchers and batters.

You can also take a tour of the stadium’s clubhouses and press rooms or just get a classic hotdog from a street vendor. The same baseball gloves, bats, balls, and trading cards that your parents and grandparents admired can be found at these museums.

Fenway Park, where the Boston Red Sox play, is the quintessential symbol of Boston. Get to know the essence of Major League Baseball by scheduling a visit to Fenway Park on our list of things to do in Boston. 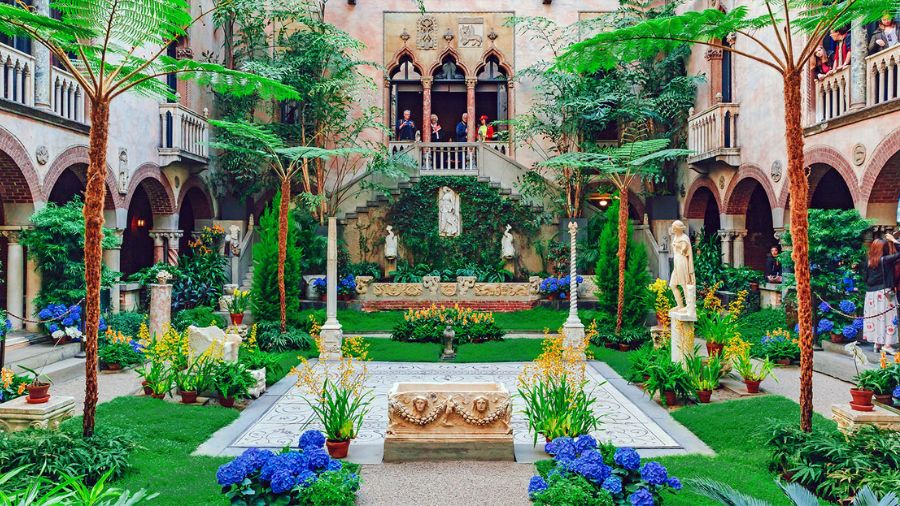 Decorated with elaborate carpets and wall coverings, it also features a courtyard garden with trees, patios, arches, and textiles. It has a wide variety of historical artifacts, from paintings to books. One of the top things to do in Boston is to check out the Isabella Stewart Gardner Museum.

What’s inside will astound you even more than the building’s impressive exterior. Everyone with even a passing appreciation for art should check it out.

People can frequently be seen rowing about Boston. There is a rowing club at Harvard, and local Cambridge residents are constantly practicing for the competition. The multicolored dots on the sea are not all professional athletes, by the way. The Boston Rowing Center caters to a large number of out-of-town visitors.

If you’re ever in Boston, be sure to stop by the Boston Rowing Center and rent a rowboat for a day of fun in the water. The Hull Lifesaving Museum, a nonprofit organization committed to maritime education, has opened a new facility that caters to anyone interested in working on their rowing muscles.

Rowing tours and classes are great options for first-timers. You can take the kids out on the river for the day if you rent a boat and know what things to do in Boston.

Get out on the water and see the sights with the help of the Boston Rowing Center. You’ll blend in with the locals in Massachusetts, where rowing is widespread, and you might even meet some new friends to hang out with at the bar after you’ve dried off.

Jogging in the Boston Common

You could, for example, go for a run when the light comes up over the woods. Perhaps you’re interested in taking a spin on a carousel or cooling off in a massive frog pond. This is something that can be accomplished in Boston Common.

Boston Common, one of the oldest public parks in the United States, is like New York’s Central Park or San Francisco’s Golden Gate Park in Massachusetts. It’s a huge, meticulously maintained park with a wide variety of activities and events for anyone who happens to stumble into it.

This is the place to go in the summertime if you want to work up a sweat on the baseball fields and tennis courts. To see the leaves change color and crunch underfoot, a visit in the fall is a must. Come during the winter months to enjoy activities like sledding and ice skating. The Boston Common is one of the city’s best tourist spots since there’s always something going on there. Looking to explore the rest of Massachusetts? Find out what things to do in Boston by reading our guide! 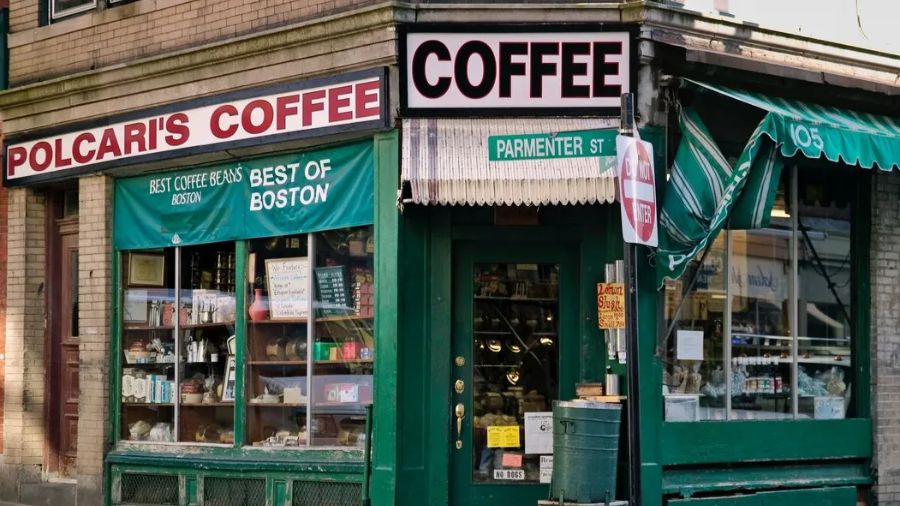 You need to know all the best sites to visit in the city to feel at home there truly. Polcari’s Coffee is a well-known establishment. Polcari’s Coffee is a longstanding establishment that has been passed down from generation to generation; in addition to coffee, they offer a variety of Italian cooking staples such as nuts, herbs, spices, and oils.

Upon entering the shop’s charming façade, you are met with a plethora of tantalizing aromas and stunning displays of bean jars. When you’re ready to place an order, the staff will use an antique scale to distribute your coffee beans evenly, and they’ll surely remember your name the next time you return.

When in Boston, you simply must stop by Polcari’s Coffee. It is not only one of the most interesting and unique things to do in Boston, but it also provides high-quality products.

Across the “neck” of Boston, the peninsula is a network of parks and gardens known as the Emerald Necklace. It makes use of Massachusetts’s varied landscape by connecting some of the state’s most picturesque locations, such as:

The Emerald Necklace is too extensive to see in a single vacation. Each individual “diamond” is a destination in its own right, so if you’re expecting to do things like take a nap among the wildflowers or cross a footbridge amid the ferns, you’ll want to make sure you have enough time. As a nature enthusiast, you should prioritize visiting those of them that you find the best things to do in Boston.

Many of Boston’s sights are only believable once you’ve seen them, but “an upmarket fashion boutique hidden behind a grimy vending machine” is one of them. In Boston, you can find a variety of bodegas. Only in a dilapidated Back Bay convenience shop, behind a certain Snapple vending machine, can you discover it.

There are no directional signs or landmarks whatsoever in Boston, not even at the corner store. However, once you step foot inside Bodega, you will be blown away by its spotless, brightly illuminated store inside. The garments and footwear from this label are high-end and therefore expensive. Celebrities like Jamie Foxx and Kevin Durant are among those who have patronized the establishment.

Visiting Bodegas is a great way to make a list of things to do in Boston. It’s a treasure hunt with an air of intrigue, a taste of mystery, and the thrill of a good deal, and the experience of tracking it down will make for significant bragging rights when you return home.

Kendall Square is a collection of high-tech buildings that house anything from science museums to start-up enterprises, earning it the nickname “the most innovative square mile on the planet.” There are typically a lot of young professionals bustling around since it is so close to MIT. However, life does not consist just of labor.

When locals need a break from the daily grind, they can head to one of Kendall Square’s many bars, boutiques, or restaurants, all of which are decorated with an eye toward making a good impression. The Kendall Center, for instance, is all business on the inside, but outside, guests may enjoy the sights and smell of a rooftop garden at no cost. If you’re seeking unique experiences in Boston, you should head to Kendall Square. The area around the one and only MIT in the United States is worth making the most of while you can.

A visit to Boston Harbor will allow you to see several of the city’s famous landmarks. Boston is rich in cultural attractions, including historical sites like the Boston Tea Party Museum and the Charlestown Navy Yard, as well as more modern attractions like the Public Garden and the Boston Common. In addition to various cultural artifacts that shed light on the city’s history and position in the world.

Discover the Massachusetts islands by taking a ferry ride. Take a bike ride along the boardwalk and enjoy the many establishments along the way. Visit a cafe for a bite to eat, or check out a museum that floats on the water and moves with the tide.

There is so much great stuff to see in Boston Harbor that it will be challenging to prioritize. The sheer variety of choices will be overwhelming to any human brain. The only downfall of seeing Boston’s top attractions!

Above are the top 10 things to do in Boston that Hyannis Holiday introduces to you. We hope you have a wonderful holiday with your loved ones!

Share on FacebookShare on TwitterShare on PinterestShare on LinkedIn Share on TumblrShare on RedditShare on VKontakte
Hyannis HolidaySeptember 14, 2022

Welcome to Hyannis Holidays, where you can find the most realistic and up-to-date experience about traveling places in the U.S and around the world.

Find Us on Socials